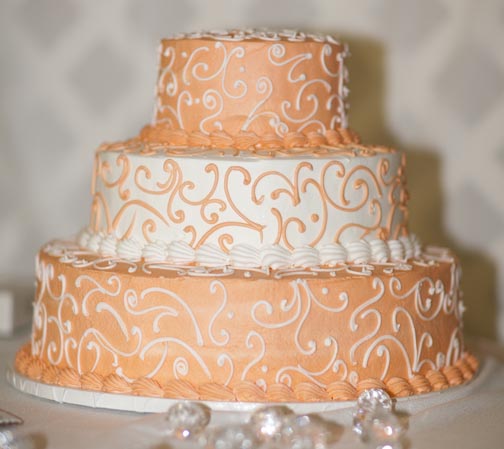 Posted at 13:01h in Wedding Cakes by Bakery Columbus, Ohio
0 Likes
Share
Rosanna Vaccaro and Joe Goodrich met online 2yrs ago on chemistry.com  She said Joe is amazing!
The proposal….They used to live in Gahanna.  One night they had dinner at Creekside Event Center.  After dinner they had ice cream and went on a walk as they usually would.  He proposed in front of a field of fire flies.
The wedding was at St. Matthews Apostle Church at 2pm on April 14.  The reception was at the VFW in Reynoldsburg at 4pm.
The reason why they chose Resch’s Bakery….. His Mom grew up on Resch’s and when making the wedding plans she suggested Resch’s. They came into Resch’s for a tasting, and after they tasted the cake they knew that Resch’s is where they wanted to get their cake.
Congratulation,
Resch’s Bakery